A few days ago I had an appointment with Edith, our community’s holistic healer—acupuncture, massage, pressure points, etc. She welcomed me with a warm smile, and though I think she may be nearly my age, she looked even younger than I remembered her. As she massaged my weary legs (thanks to the hills of Istanbul), we talked at length about all the recent changes in our precious village of Arnavutköy. 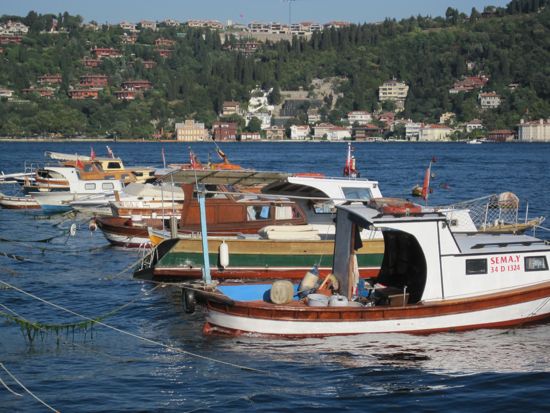 These fishing boats sit along the quais at Arnavutköy.

The first thing I noticed when I arrived was that the Abracadbra, my favorite seaside restaurant, had closed. The neighboring fish restaurant has taken over the building, and I mourn the loss of that funky restaurant that once adpated classic Turkish foods into gourmet delights. Rumor has it that licensure was a problem, and the bribes were \too expensive. Hmmm… 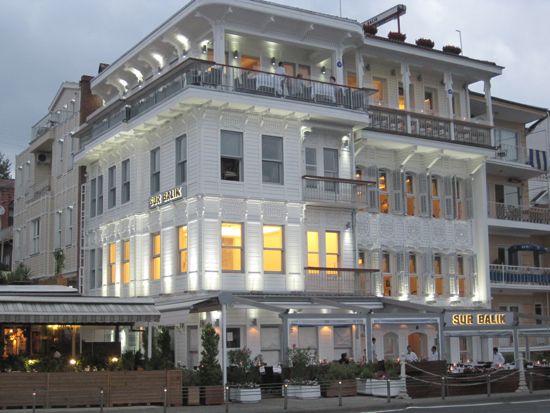 This corner used to be the deep-red Abracadabra Restaurant, now annexed by Sur Balık.

Happily, a plethora of Ottoman houses have been refurbished, and others that were beyond repair have been torn down and rebuilt. I watched one being torn down a few years ago, and it’s now a towering Victorian-looking mansion ready for new inhabitants. 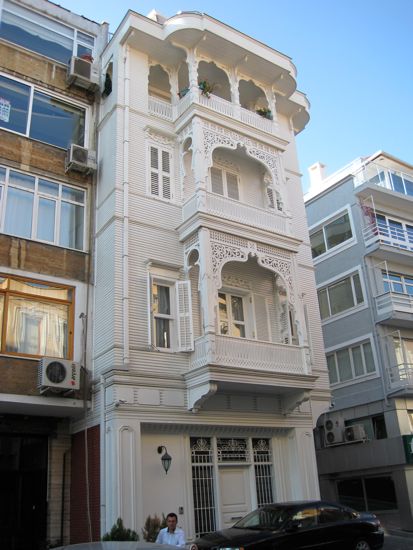 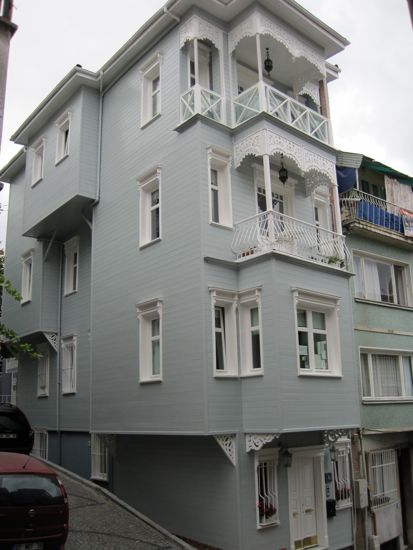 This one is across the street from my apartment building… 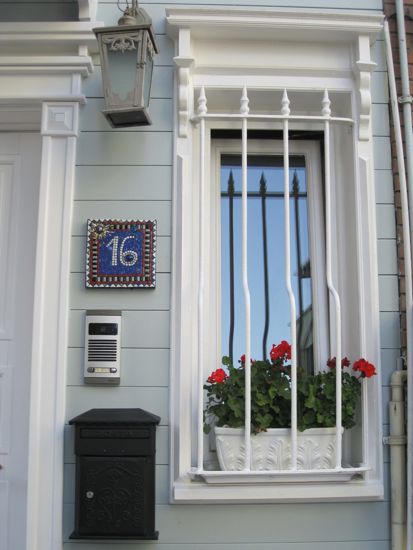 Who could help but be charmed by this entrance? 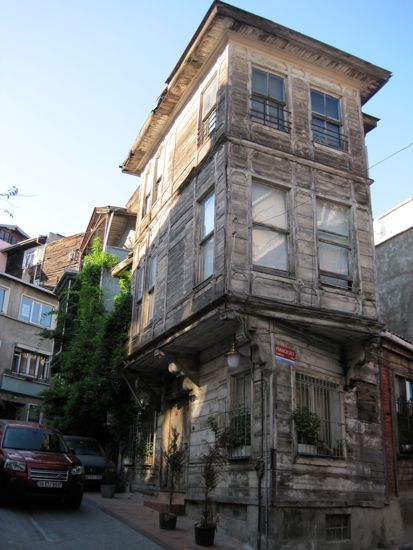 Many Ottoman houses await their turn—hope it’s not too late for this one!

Another nice change is a few pet stores, one just three blocks from my apartment. Libby is thrilled. She’s also pleased that the cat population remains unchanged—unless it’s increased a bit. There’s no lack of cats to chase as we walk up and down the cobbled streets of Arnavutköy each morning and evening. A few Toms have the guts to stand up to Libby, who knows when to turn tail and skulk off. 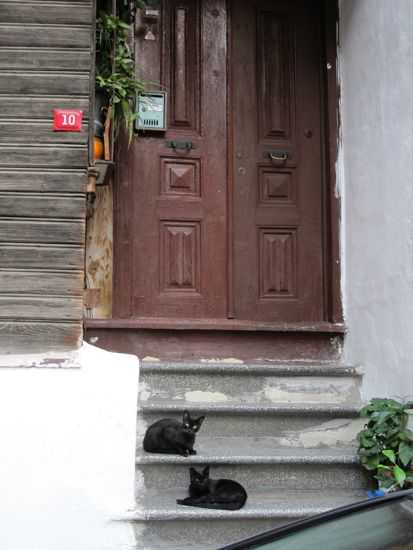 A surprise awaits Libby around every corner.

The newly cobbled streets were completed before my last departure, and I continue to find them immensely charming.

I wrote a few years ago about a gecekondu near my old apartment that had been demolished one night; the remains remain. A second one just below it has also been destroyed. What I wouldn’t give to know the real story behind all that destruction. It infuriates me. Why them, when the city’s entire hillside is rife with gecekondus (hastily built homes)?

There were three small grocery stores on the north side of the village, and the largest of the three is closing down as I write. The other two are franchises, obviously hard to compete with. Edith told me a bank will be moving in. That’s a little scary, because of course we fear that this sweet village is going to become a high-end tourist destination like Bebek, the next community up the Bosphorous. What can one do? 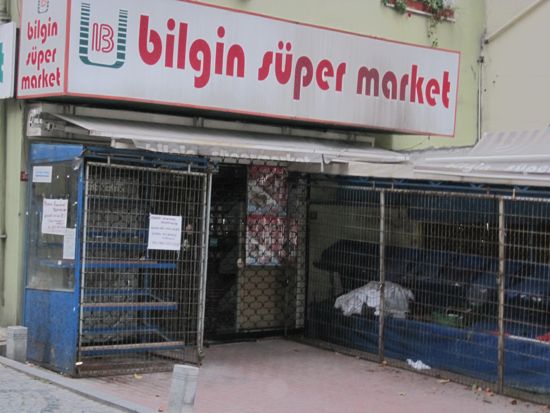 Farewell to this super market that was open just yesterday–these bins filled with produce.

Robert College feels much the same to me, though of course many of the staff have moved on to other schools. Turnover is inevitable in schools that employ foreigners, and its always hard to see good friends go. I’ve returned to the same attic office with three of my former office mates as well as four new ones. With eight of us, it’s a busy office. Oh–and the step-climbing hasn’t changed, either. I climb 99 steps to our attic each morning and add something between 200 and 400 more steps each day—and that’s just going UP! (Hence, the visit to Edith.) 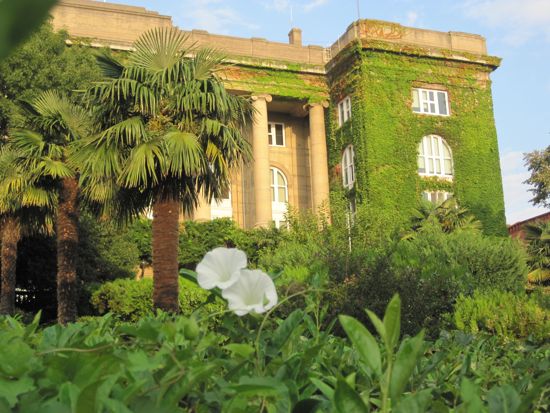 An early morning shot of Robert College–prompted by the Morning Glories.

One change that makes me a bit sad is our night view. They finally finished cleaning the facade of the picturesque Kuleli MIlitary School across the water, and it looks gorgeous during the day. Unfortunately, the night lighting is bizarre–white towers with gold lighting between them. Some changes just don’t work for all of us.

Another thing that’s still the same is an ancient ruin just below my balcony. I look out on ancient brick-and-stone arches from who-knows-what kind of structure. It’s reassuring to know that some of these relics are being preserved in spite of the escalating property values in this picturesque Bosphorous community. 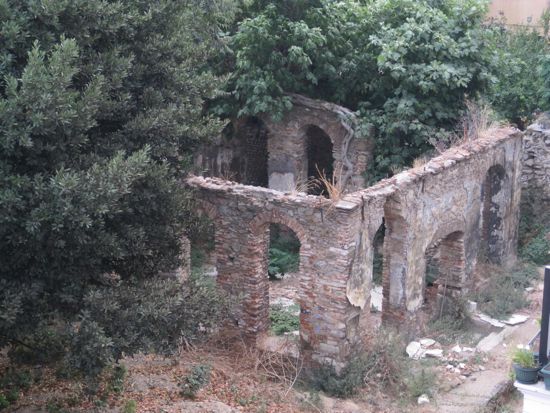 This ruin still stands just below my balcony.

One thought on “Ch-Ch-Ch-Changes”