My friends and I got a bit of a late start on Friday, which meant we had to wait two hours for a ferry across the Marmara (about as long as it would have taken us to drive around it). Dee and I chatted and sipped coffee inour rental car while David slept. (He’d stayed up most of the night watchingold episodes of Battlestar Galactica. Go figure!)

We still had a 6-hour drive ahead of us when we rolled off the ferry around 6:30. Add to that a half-hour detour (oops!) and dinner, and we arrived at the tiny Agean village of Yahşibey (YAH-she-BAY) around 1:30 AM.

David’s Particular Friend Kerime had waited up for us in their ultra- modern/village-looking getaway. Kerime had a cozy fire blazing in the fireplace and Christmas lights blinking along the living room’s long, curved rock wall. Welcomed with the usual Turkish hugs and kisses, we felt immediately at home. My niece Laura had arrived at Kerime’s the day before and had fallen asleep before we arrived, so I had to wait for morning to hear her Turkey Travel Tales. During the night she blurted, “Cok Guzel!” in her sleep, so I was confident that the news would be good. (It was.) 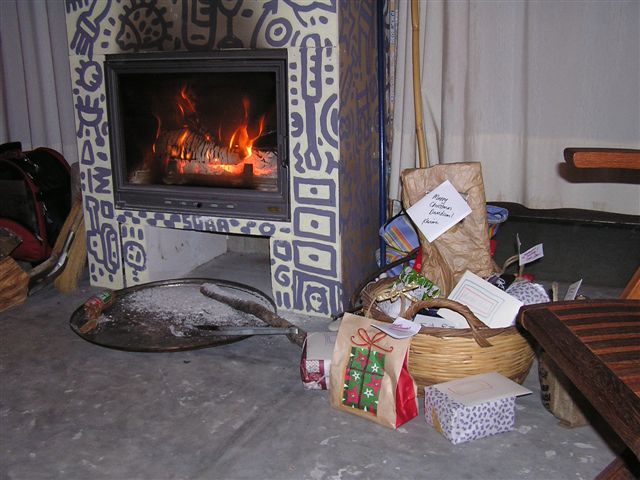 We woke to a brilliant blue sky and sunshine. Coffee, fresh logs on the fire, and Christmas cookies welcomed the new day, which we called Christmas Eve, since Kerime had to leave for Izmir on Sunday (the ACTUAL Christmas Eve). As a Turk in her international school, she had to teach on Christmas Day.

David and Kerime donned coats and left to pick up fresh breakfast bread in the neighboring town of Bademli. Yahşibey has only one store, the local teahouse and convenience stop—no fresh bread there! 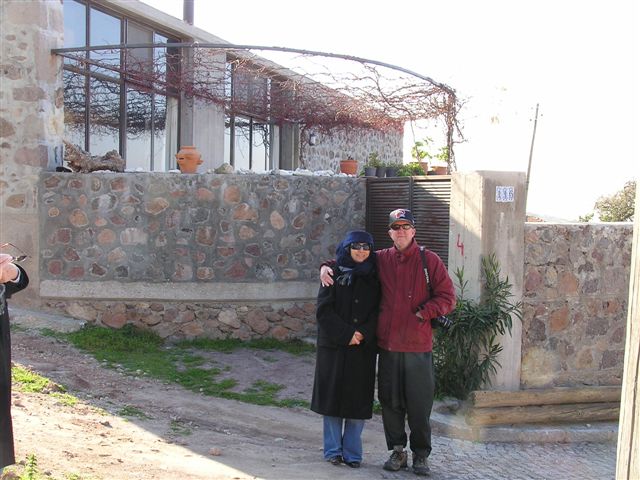 While at the bakery, they arranged to have them bake our Christmas Leg of Lamb (actually, the arm, which the butcher assured Kerime is the most delicious part). The oven would be shutting down around noon, so they had to pick up the lamb and a pan and get them back there right away. Once they returned from their morning adventure, we gathered around the table for a Turkish breakfast of olives, cheese, bread, olive oil, and eggs. YUM!

I caught photos of a little of the action up the newly-cobbled street that runs by their house: two horse carts, sweet scarved women trekking up and down the road, and a herd of sheep and goats tropping home for dinner. Dee suggested I write an article about the action on Ataturk Caddesi (Ataturk Street, the name of every town’s main street). I was later informed that this particular town has neither an Ataturk statue nor an Ataturk Caddesi. OH, well. We learned the next day that nearby Bademli had three statues, which more than made up for Yahşibey. 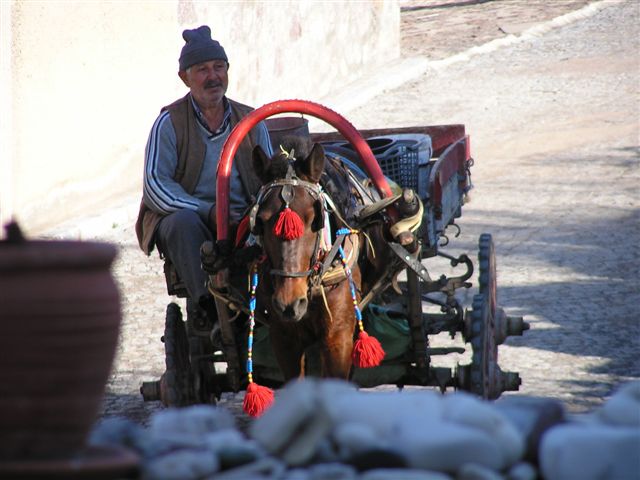 Later David and Kerime took us on the grand tour of their village, a lovely little town perched on a mountainside overlooking the Agean. Most of the village’s 150 residents have always lived there, though David and Kerime share one of four recently-built homes designed by a local architect who works with rock and concrete, designing homes that blend with the centuries- old homes around them, yet take advantage of the coolness of rock and the beauty of glass. They’re fascinating, yet charming. 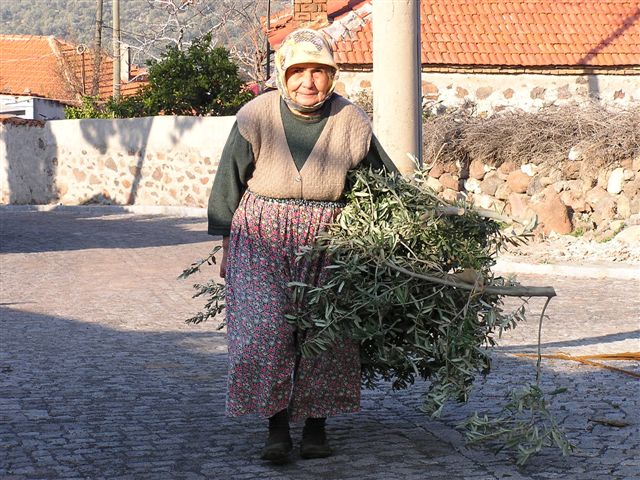 After our walk, we headed off by car to pick up our roast lamb, some fresh- pressed olive oil, and vegetables for our dinner. We stopped in the tea house in Bademli for their specialty: a hot almond-flavored drink. “Yarin” the waiter informed us. Tomorrow. We settled for tea.

Our Christmas Eve dinner was among the best I’ve ever tasted, complete with garlic mashed potatoes, fresh steamed brussels sprouts, tender, flavorful lamb, and rich, dark gravy. YUM! (again) Needless to say, I gained a few pounds last weekend. Well earned, I must admit. As we opened gifts, we basked in friendship and the warmth of an evening fire. Mulled wine, too, was a part of our evening festivities.

Sunday morning after breakfast we headed out for a walk to the water. It took about 15 minutes on a roundabout route, and we found it warm and serene by the shore. No tourists in December! 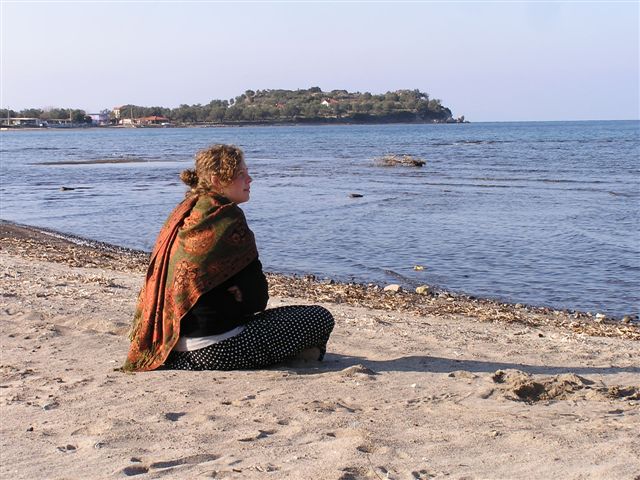 On the way back home, Dee, Laura and I stopped in Bademli for the promised almond drink. “Yarin,” he once again informed us. Tomorrow. Right. We had tea.

Though this Christmas was far different from any I’ve known, it was lovely to spend it in the tiny, sweet Agean village of Yahşibey.