Australia is known for kangaroos, wombats, wallabies, and …the didgeridoo. Although not an animal, the didgeridoo as unique to Australia as its marsupials. After a week in New Zealand, I returned to Melbourne to spend a day with my sister-in-law Angela and my nephew Josh. They treated me to delicious meals (including ice cream with watermelon and raspberry topping—YUM!) and an enlightening open poetry reading at a downtown pub. 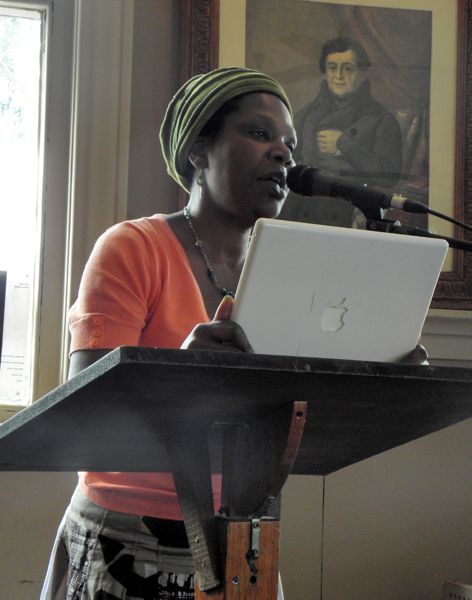 An outstanding poet, reading straight from her mac

A number of the poems were quite funny—some even hilarious. A serious piece read by an elderly Scottish poet brought me to tears. Shades of Dylan Thomas. I have to admit, though, there were a few poems that wouldn’t have even survived in my 9th grade classes. Oh, well. It’s all about expression and what each of us has to offer. Josh and I had a heated conversation afterwards about “giftedness.” But I digress.

Back to the didgeridoo.

After dinner, we decided to take in a film (Invictus, a stunning film about Nelson Mandela and the South African soccer team). Just outside the theater we stopped to listen to a grizzled Aboriginal playing his didgeridoo with abandon as he perched on an overturned milk carton. 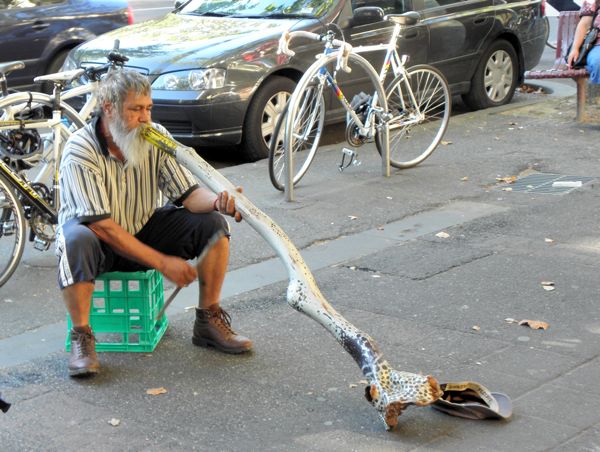 I pulled out my camera, shooting photos of him as he played his six-foot instrument, the wide end of which rested on the ground. The sound was deep and haunting, yet captivating. He also marked rhythm by tapping a stick on its side. After we dropped a few coins into his hat, he stopped playing to chat with us. 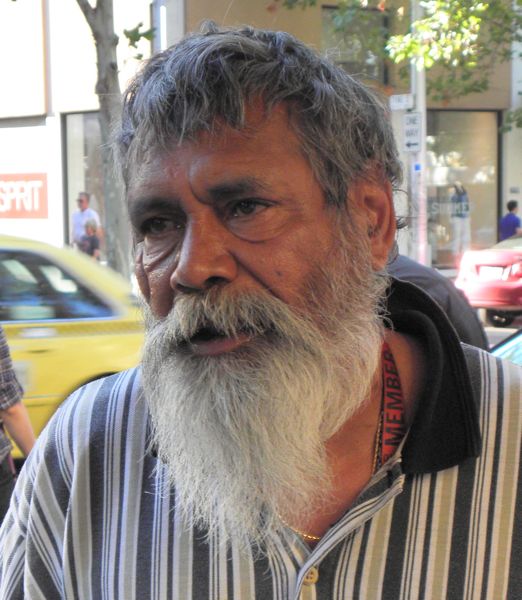 He explained that he’d fashioned his instrument from a small eucalyptus tree he’d found rolling in a river. Apparently it takes years of searching to find a eucalyptus sapling of the right size that has been hollowed out by termites—not too much, and not too little. He lifted the wide end of his crudely-decorated didgeredoo so we could see the termite imprints inside its “trunk.” It was pretty amazing, almost like fossilized images in stone. 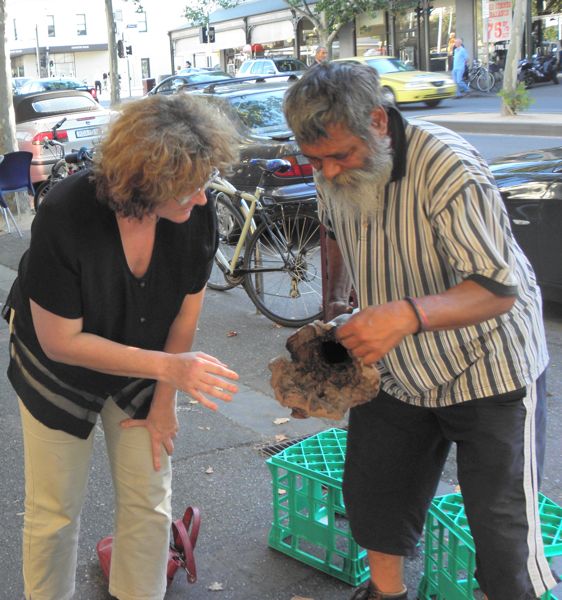 Showing Angela the interior of his instrument 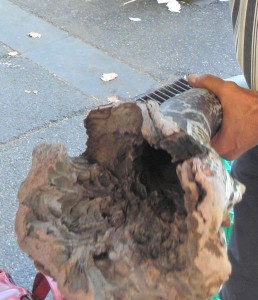 …and a close-up of the inside

He held his instrument as though it were an extra limb—an extension of himself, then sat down to play again. He told us to stand still, and he held the end of the didgeredoo near each of our chests as he played. The vibrations of the lengthy tones emanating from the opening were physically palapable. Quite moving, actually. 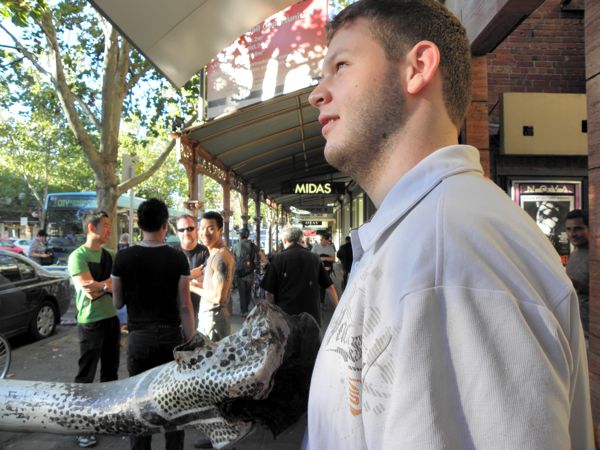 I later learned that accomplished didgeridoo players master circular breathing to maintain a continuous tone on their instrument; this means they breathe in their nose and blow out their mouth at the same time. To do this, they use their cheeks almost like a bellows to keep the air moving as they inhale. Apparently an accomplished didgeridoo player can play continuously for over a half hour. Unbelievable.

This happenstance meeting offered another fascinating glimpse into Australian culture. Lucky me.