Do you know what a han is? I didn’t, but I found out, thanks to an invitation from Tania Chandler to join one of Edda’s Walking Tours last year. That connection has opened a door for me: a door into the historical magic of Istanbul’s back streets. Even more, it’s fostered a partnership with Edda Weissenbacher, with whom I’m writing a book of walking tours around Istanbul’s Grand Bazaar.

This would be Edda: 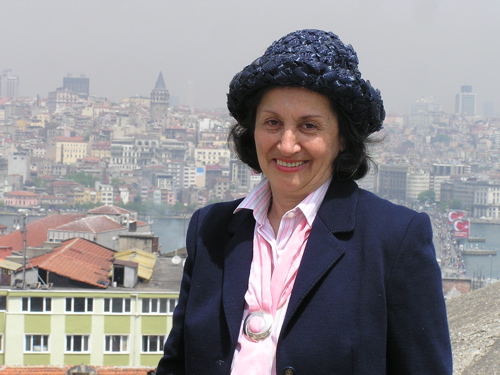 Now back to the han. A han was once an inn for merchants and craftsmen who traveled from city to city to sell their wares. They were a bit like the caravansarais, huge inn-like stops along camel trading routes. The main difference is that the hans were smaller and located within city walls. Most hans around Constantinople (now Istanbul) were two stories built around a porticoed courtyard. Each story was a collonaded archway; the craftsmen stored their wares downstairs and shared upstairs sleeping cells with other travelers. Animals were kept in the courtyard, and the entire structure was made secure each night by closing and barring huge iron-studded gates. Most of the hans were eventually turned over to commercial use, and the majority are now workshops and retail stores, though many retain the charm of their ancient heritage. 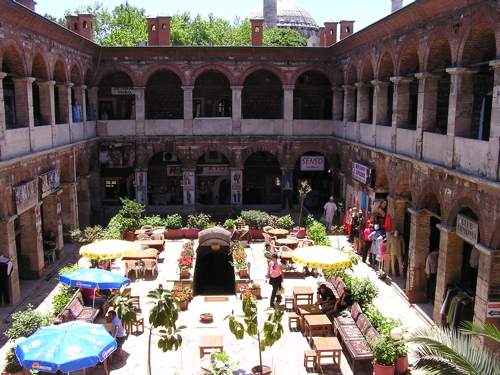 The Taş (Tosh) Han is one of my favorites, for numerous reasons. First of all, it has an interesting history. It was built on the site of an ancient Byzantine underground cistern (or so I’m told). Sultan Mustafa III had it built in 1763 as a part of the Laleli Mosque complex, originally intending it as an inn for his guests. According to tradition, visitors to the hans were accorded free meals and lodging for three days, then they were expected to move on (sort of like the guests and old fish proverb, I guess). The han was then known as the Sipahi Han, since “spahee” means a place for donkeys, and the underground cistern was converted into a stable. Later the han was used as a Janissary station (for the sultan’s soldiers), an inn, and eventually a bazaar. It went through a number of name changes, finally ending up with the very unassuming name Taş Han (stone building). 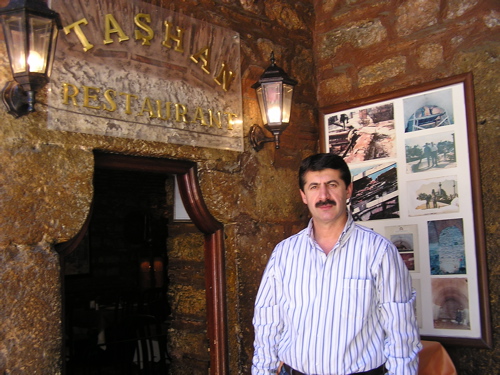 Over the years the han fell into disrepair, but it was purchased in 1987 by Kemal Ocak, a Turkish leather merchant. It took Ocak years to get permission to restore the han, which he did at his own expense, envisioning shops, restaurants, a night club, and eventually a hotel within the han. He finished his monumental task in 1993. The restoration was gruelling, completed by a team of 30-40 experienced restoration specialists working day and night. Ocak paid close attention to detail, and his project was endorsed (though not funded) by the Ministry of Culture, which required mountains of paperwork as well as careful attention to historical restoration. 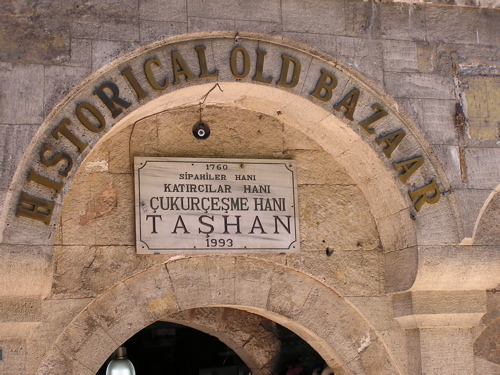 The results are impressive. This is the second reason I find the Taş Han charming: it looks much like hans must have looked hundreds of years ago. Its modest arched entrance and stone corridors lead to an open courtyard topped with as many chimneys as the original structure would have had—one for each upstairs sleeping cell. The courtyard is graced by a fountain, near which groups of men sit around tables shaking backgammon dice and smoking water pipes (nargile) in the open tea house. 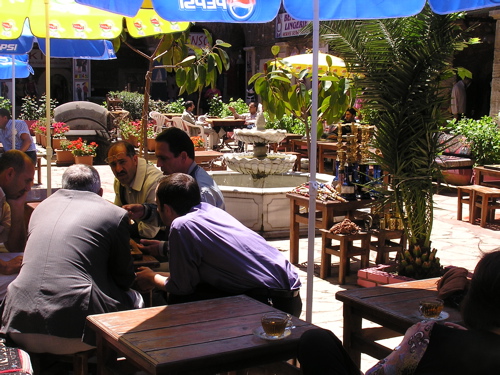 Leather, fur, and clothingl shops ring the courtyard, many with signs in Russian as well as Turkish. Not much English here! Across the courtyard is another passage to the second entrance as well as to the charming Taş Han Restaurant, which has another fountain and indoor as well as outdoor seating.

Beneath the main courtyard is a night club restaurant, the Arkat, where asome friends and I enjoyed a lavish meal and floor show last Saturday night. The mezes (hors d’oeuvres) were fabulous, and the dinner just as delicious. The show was over two hours long, including a gifted violinist, three VERY impressive belly dancers (two blondes and one brunette–hmmm…), a traditional Turkish folk dancing troupe (successful at getting people up to dance with them), a magician (yes) and two talented vocalists. After the show, the packed house migrated onto the dance floor. How often do you get to dance in an ancient cistern? I mean, really! 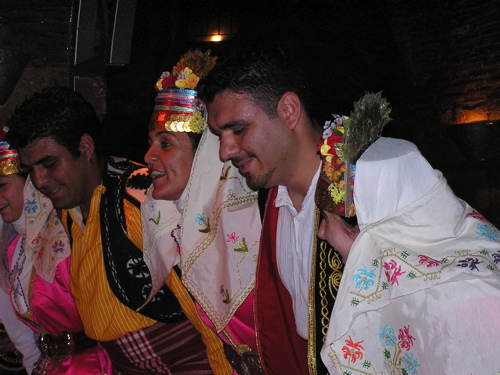 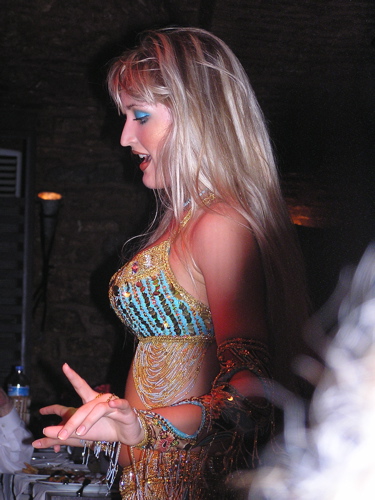 I’m impressed with the charming ambiance of the newly restored Taş Han, both day and night. I’m particularly impressed, though, with the kind, unassuming, and visionary Kemal Ocak, without whom none of this would have happened. All this and a taste of history as well. Who could ask for more?

2 thoughts on “The Taş Han”